What is Photobiological safety standard?

In solid-state lighting products such as LEDs,LED modules,LED lighting fixtures,etc.,the photobiological safety standard must be necessarily applied against the damage of light to the eyes and skin and the blue-light hazard.

The wavelength spectrum of fixtures emitting white light at different CCT values is given in Figure 1. When the wavelength spectrum of lighting fixtures (those with white light and/or narrowband radiation)is examined,it is observed that the fixtures can emit a small amount of pre-violet and/or infrared radiation. It is known that the light radiating in the given area leads to damage to the eye (on the cornea/retina)and skin. The LEDs used in lighting fixtures must be certified according to the standards that they do no cause damage to the eye and skin layer in particular in photobiological terms. According to EN 62471 which is the relevant standard of the European Union,the products radiating between 200nm and 3000nm should be subject to the tests within the scope of this standard. 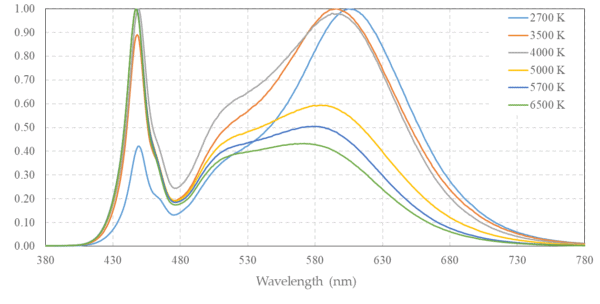 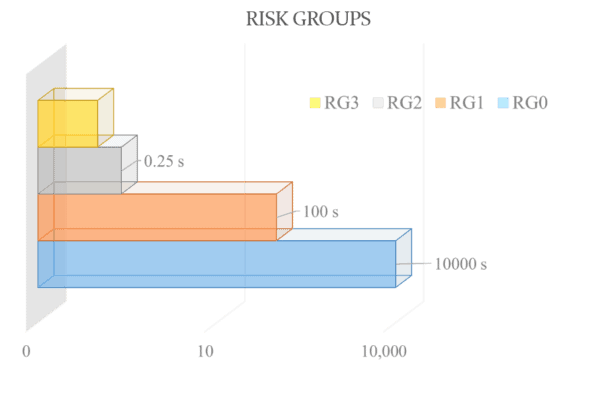 Risk groups and maximum exposure time to light according to these groups are given in Figure 2.

Exposure time for risk group RG0 is approximately 10000 seconds (~3 hours). It may pose a risk only when looking at a fixture continuously and directly for longer than that.

The maximum exposure time to RG1 armatures is 100 seconds. Exposure to a direct light source for less than 100 seconds under ordinary conditions of use is not considered hazardous.

In case risk group RG1 limits are exceeded,it is accepted as risk group RG2. The radiation limits specified in the standard for risk groups are given in Table 1. The maximum exposure time for the RG2 class is 0.25 seconds. The products under this risk group are considerably bright. Therefore,sudden closure and blinking of the eye as a reflex is observed. It does not cause any damage to the retina when looking directly at the light for less than 0.25 seconds.

IEC 62471 defines two different criteria to determine the viewing distance. Light sources used in general lighting should be assessed at a distance corresponding to an illuminance of 500 lx. Other types of light sources should be assessed at a fixed distance of 200mm. For LED components,there is no ambiguity in the distance since LED components are not used per se in general lighting. In this case,IEC 62471 requires using a distance of 200mm. The application of the IEC 62471 measurement technique at 200mm leads to RG2 classification (moderate risk)for some high power blue and cold white LEDs.

However,the choice of the viewing distance in IEC 62471 is sometimes ambiguous and not realistic in the context of the real usage conditions. For instance,in the case of stage lighting (theatres,concert halls) where artists are exposed to an illuminance level higher than 500 lx. Applying the 500 lx criterion would underestimate the exposure while the 200mm criterion would largely overestimate it. In a more usual situation,directional household lamps fall under the 500 lx criterion,which corresponds to a typical viewing distance of a few meters. It is however quite common to have shorter viewing distances, as short as 200 or 500mm at home. Another example is street lighting where the illuminance level is much lower than 500 lx,typically a few tens of lx. Assessing the exposure to blue light emitted by a street lighting luminaire at the distance giving an illuminance of 500 lx is clearly not appropriate. A future revision of IEC 62471 should bring a more accurate definition of the distance at which the risk group is determined.

It is interesting to notethat the strict application of CIE S009 and IEC 62471 to indoor LED lamps and luminaires leads to RG0 and RG1 classifications,similar to traditional indoor light sources (fluorescent lamps,incandescent, and halogen lamps). Nevertheless, when the 200mm viewing distance is chosen,several measurement campaigns reveal that a small number of indoor LED lamps and luminaires belonged to RG2 while traditional indoor light sources (fluorescent and incandescent)were still in RG0 or RG1. This result shows that LED technology potentially raises the blue light risk in-home applications where the viewing distance is not limited and light sources are accessible to children and other sensitive people. At the time of publication,the general public remains unaware of potential risks to the eye since no mandatory labeling system is currently in place for consumer SSL products.

The notion of a safety distance would actually be more appropriate to communicate to installers and to users,especially the general public. The safety distance of an SSL product would be the minimum distance for which the blue light hazard risk group does not exceed RG1. Measurement campaigns carried out by several laboratories showed that the vast majority of indoor LED lamps and luminaires have a safety distance of 200mm which is compatible with most lighting applications.

It is important to note that other widely used lighting sources,particularly high-intensity discharge lamps used for outdoor lighting are in RG2 (moderate risk). However,these lamps are intended for clearly identified uses and can only be installed by professionals who should be aware of the safety distance required to limit the exposure.

When performing lighting design,the use of lighting products and lighting fixtures that comply with the relevant safety and performance standards should be taken as the basis.

The current EN 60598-1 standard concerning general lighting fixtures shows that RG0 or RG1 risk groups are acceptable for safety purposes. It is not suitable to use light sources with a higher degree than RG2. There is no need to mark the fixtures with risk group RG0 or RG1. When RG2 limit condition 2 is reached,the limit distance must be calculated according to IEC/TR 62778 (see article 5 of this document). If the distance is higher than 20 cm,the requirements below are recommended: 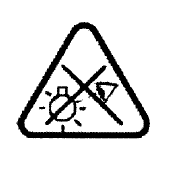 Do not look directly at the operating light source.

The fixtures we produce as Fireflier Lighting are tested in accordance with EN 62471 standard. The products are marked according to the standards and our customers are informed about the subject when required. 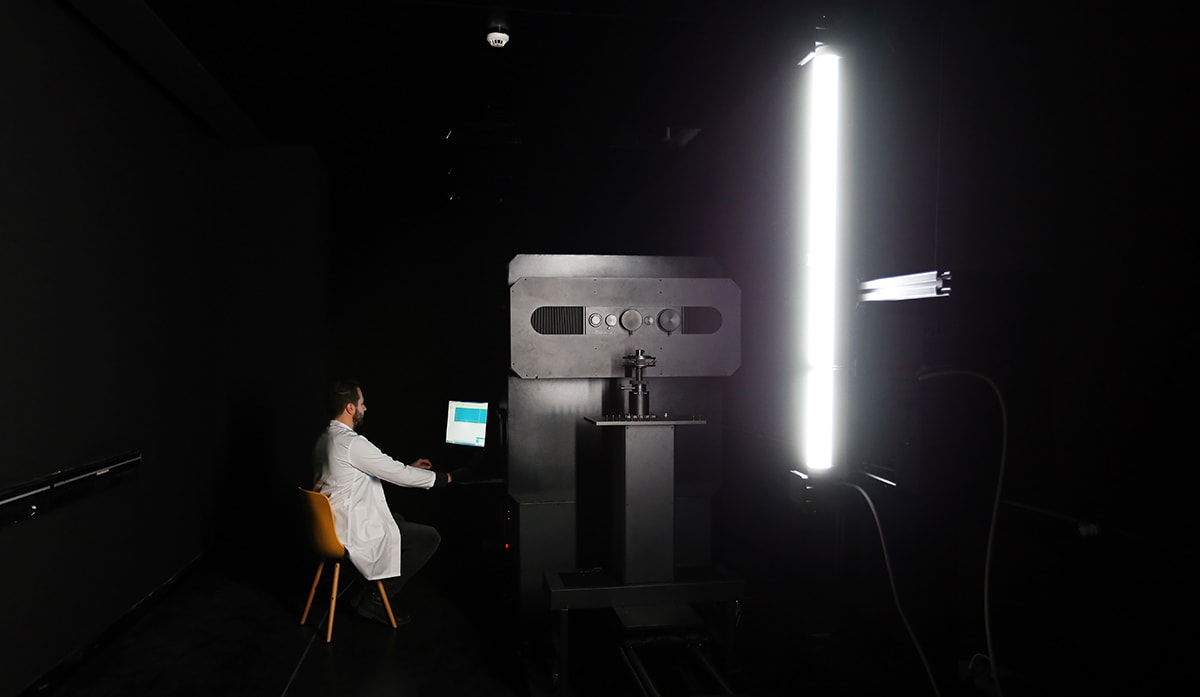 Due to their unique light emission properties,LEDs are currently on the verge of becoming the dominant lighting source of this century. However,the risks posed by these new sources of light are also rooted in their intrinsic characteristics: high optical output in a small package (producing a high radiance level)associated with significant blue light emission. The combination of these two factors can potentially increase the risk of photochemical damage of the retina,in comparison with the incandescent lamp and the fluorescent lamp.

Fireflier Lighting factory is well aware of the photobiological safety of their products. Many lighting products using LEDs now emit warmer shades of white light (reduction of the blue light content in the spectrum)or use diffusers to reduce glare (reduction of the radiance). Most lighting products are found to present low risks or no risk at all for the general population when the viewing distance is equal to or greater than 200mm.