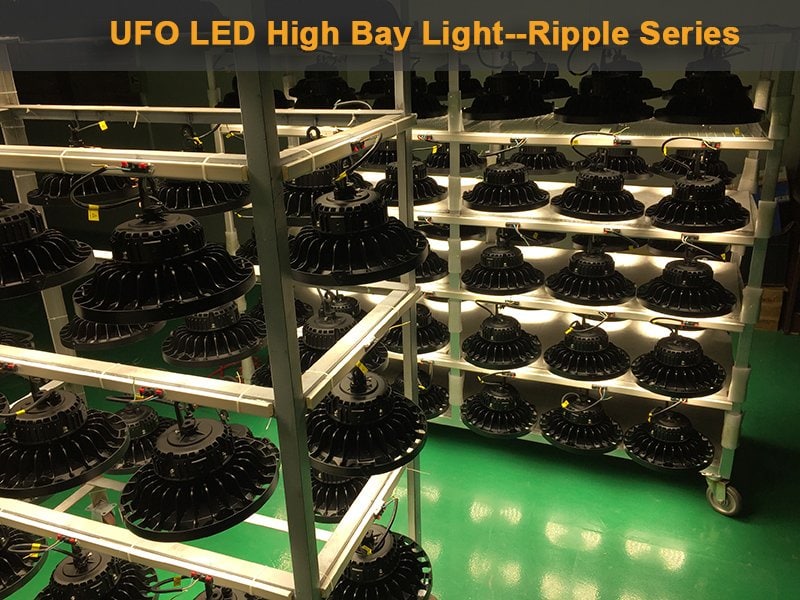 One of the biggest benefits of an energy-efficient lighting retrofit is increased lifespan. The current generation of both LED and fluorescent lighting fixtures have much longer lifespans than fixtures that were available just a few years ago. In fact, for some businesses the maintenance cost savings can be even more valuable than the energy savings of a retrofit.

However, if you want to make a smart choice about the lighting you use in a high bay retrofit, you’ll need to understand what we really mean when we talk about the lifespan of a fixture.

Getting Dimmer with Lumen Depreciation

The first principle we need to understand is that every light source gets dimmer over time. We refer to this dimming as lumen depreciation.

Different lighting technologies have different levels of lumen depreciation. For example, older metal-halide fixtures typically have lumen maintenance ratings of 50%-70%. The latest energy-efficient LED and fluorescent lights stay bright for much longer, and have much longer lifespans.

Traditionally, a fixture’s lamp (what people outside of the lighting industry would call a bulb) is the first source of failure. Just like incandescent bulbs in the home burn out after a year or two of use, in commercial and industrial HID and fluorescent fixtures the lamp will burn out after a certain time period. So with HID, fluorescent and most other fixtures, the light source’s lifespan has been defined as the length of time that it’s expected to take for 50% of the lamps in a large group to burn out.

That means that if you were installing 100 HID high bays, their predicted lifespan would be how long you expect it to take for 50 of them to go out.

The name for this rating method is LM-40, or to be more specific, the “Illuminating Engineering Society of North America Approved Method for Life Testing of Fluorescent Lamps, IESNA LM-40-01”.

The problem is, it doesn’t work for LED lighting. That’s because LED lighting doesn’t “fail” in the same way as other lighting technologies. Instead of going out like a traditional light source, LEDs just get dimmer and dimmer over time. In reality, it’s likely that other parts of a light fixture would fail before an LED went completely “out”.

So, the lighting community developed lifespan rating standards for LEDs based on the amount of time it takes for the light source to dim below usable light levels. Usable light levels can be defined as L90, L80 or L70 — the point at which the fixture has dimmed to 90%, 80% or 70% of its original output.

Calculated TM-21 lifetimes are the final result of the algorithm calculated from the LM-80 data, not limited by hours of chip testing.

TM-21 lifespans have become the standard in the industry, and that’s why [P2] cut-sheets say things like, “reported L70 over 60,000 calculated 153,000 hours per TM-21”.  We like to give both reported and calculated TM-21 lifespans so that our customers can get the whole picture.

Now that you understand how different technology lifespans are rated, let’s talk a bit about what those differences mean in the real world.

There are advantages to both.

When an LED light source needs to be replaced, it’s not obvious. Since lumen depreciation happens gradually over time, no one’s going to walk into a building one day and notice that the lights are significantly dimmer than they were five years earlier. But inadequate light levels can be dangerous, so it’s important to be proactive about planned lighting maintenance with LED fixtures.

With HID lights, it’s obvious when a fixture needs to be relamped, because it won’t turn on. The downside is that fixtures that are completely out can be even more hazardous and noticeable than dimmed fixtures.

With either fluorescent or LED technology, it’s important to plan and execute your lighting maintenance proactively. Even though modern energy-efficient lighting lifespans can stretch for years into the future, planning at the beginning of the process can help you avoid costly headaches in the future.

Rated Lifespans vs. Your Needs

The last important point we’ll discuss about lifespans is that it’s important to understand that your needs might well be different from a fixture’s rated lifespan.

If you’re performing a retrofit with fluorescent lighting, ask yourself if your facility will be okay operating with 50% of the lamps in its lighting fixtures out. If the answer is no, you need to plan to relamp ahead of your fluorescent fixture’s rated lifespans.

If you’re performing a retrofit with LED lighting, ask yourself if your facility will be okay with its lighting at 70% of its original brightness. If the answer is no, you need to plan lighting maintenance ahead of your LED fixture’s rated lifespans.

As always, the best way to make these decisions is with the help of a qualified lighting pro. We’d be happy to help you find one. Contact ussoon for more information!